Scoliosis is a side-to-side curve of the spine. These curves can cause the shoulders, hips or waist to look uneven. In addition to the curvature, the spine becomes rotated which can cause one shoulder blade or one side of the low back muscles to be more prominent than the other.

Non-Surgical Treatments of childhood scoliosis include:

Surgery may be necessary for patients with major curves causing discomfort, rapid progression, or other health problems. Robotic surgery has improved the safety and accuracy of scoliosis surgery.

Adult scoliosis, like childhood scoliosis, results in a side-to-side curve of the spine. For adults who had scoliosis in childhood, their curve may progress even after they are full grown on average by 1° per year as the spine ages. The larger the curve the more likely it is to progress, which is why adult scoliosis specialists should monitor the curves over time. Other adults who never had scoliosis in childhood may develop late-onset scoliosis from wear and tear (degenerative) conditions such as disc degeneration or arthritis of the spine. These can cause progressive curvatures and loss of normal swayback leading to pain, stooped posture or nerve problems.

Non-surgical treatments of adult scoliosis include:

Surgery may be necessary for patients who have failed to improve with non-surgical treatment, who have disabling back or leg pain, restricted function, reduced quality of life, or worsening posture/balance.  has improved the safety and accuracy of surgery in this condition.

If you believe you have scoliosis and would like to learn more about your specific condition, call Dr. Bederman’s Orange County office today for a proper evaluation.

Scheuermann’s Disease
(Round Back)

Is slouching just poor posture, or could it be something more? 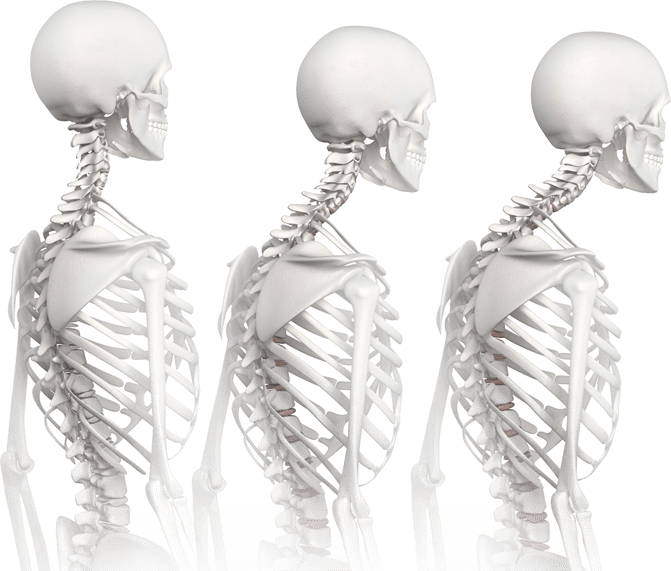 Slouching, hunching forward or rounded back is often considered just poor posture. In many cases, it is the result of a rarely recognized condition called Scheuermann’s Disease. Similar to scoliosis, Scheuermann’s Disease is a structural exaggerated forward curvature in children and adolescents that can progress into adulthood.

Slouching is often mistaken for poor posture which is flexible and corrects with standing more upright. Scheuermann’s disease is a structural abnormality that develops during adolescent growth. It causes the vertebrae of the spine to be wedge shaped and results in a slouched appearance.

The cause of this condition is unknown. It can result in pain, progressively worsening posture, nerve or spinal cord compromise, and even concerns for heart and lung problems.

Symptoms of Scheuermann’s Disease include:

Surgery is considered for persistent pain, severe curvature, or problems relating to nerves or spinal cord. Robotic surgery has improved the safety and accuracy of Scheuermann’s Disease surgery.

Office Hours
Get in touch