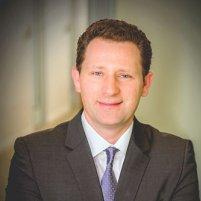 Most people with cervical spine pain or disease get better on their own with nonsurgical treatments. However, if conservative treatments fail, trust expert spine surgeon S. Samuel Bederman, MD, of RESTORE Orthopedics and Spine Center in Orange, California, for surgery that addresses diseased discs that press against nerves or the spinal cord causing pain and dysfunction. If you have neck pain or have been diagnosed with cervical spine disease, call the office or book online to learn about how cervical spine surgery could benefit you. What is cervical disc disease?

The neck is made up of seven bones, C1-C7 vertebrae. Between each of these bones is an intervertebral disc that acts as a shock absorber, allowing your neck to move through a full range of motion.

Cervical disc disease describes an abnormality in one or more of these discs. Arthritis, trauma, and overuse are some of the reasons why you might be suffering from disease or pain in the area.

Symptoms of cervical disc disease include serious pain, inflammation, muscle spasms, and numbness or pain that radiates into the arms due to pressure on nerves in the area.

Who is a candidate for cervical spine surgery?

Cervical spine surgery can also be used in cases of spinal instability.

What is cervical spine surgery?

Cervical spine surgery usually involves removing the disc that pinches the nerve or presses on the spinal cord. It’s known as a discectomy. Dr. Bederman could use a small incision either in the front (anterior) or the back (posterior) of the neck, depending on where the affected vertebrae are. This kind of surgery is done under general anesthesia.

You could also be a candidate for a procedure known as a microdiscectomy. This variation of the surgery is the most minimally invasive. It removes the disc through a smaller incision using a magnifying device.

What is cervical spinal fusion?

As an alternative, Dr. Bederman could recommend the implantation of an artificial disc. These artificial bones move and look like your natural discs but are made of metal. In many cases, artificial discs successfully improve neck and arm pain and allow a greater range of motion than fusion surgery.

If you have a degenerative condition of the spine that’s affecting the vertebrae in your neck, contact the office of RESTORE Orthopedics and Spine Center. Call or schedule your appointment online today.